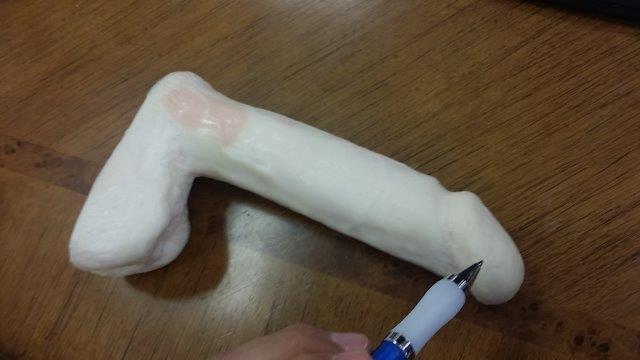 The challenge we have when enlarging the Glans is the very anatomic structure that prevents significant enlargement. It is a vascular structure with no ‘space’ under the skin to place fillers, unlike the penile shaft that has abundant space under its skin.

Loria Medical has performed many Penile Glans Enlargement procedures and has concluded that there are only moderate gains even after several treatments, resulting in an increase in girth size (circumference) ranging from ½ to 1 inch.

The Images below demonstrate the result of 3 glans treatments and a ¾ inch gain in girth/circumference. Please note that the patient had prior fat transfer and now needed to have the glans in a more proportional balance. 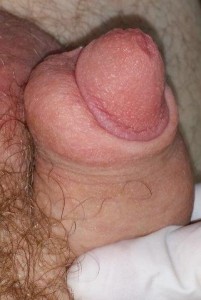 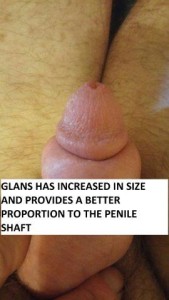 Try to take advantage of all opportunities to treat the Glans, because of the modest gains that result with each treatment. Keep in mind that the Penile Glans normally varies in size, and thus, to have a Penile Glans the same size or even little smaller than the Penile Shaft is not necessarily considered ‘disproportionate’.

It is for this reason it is recommended to do both Penile Shaft and Penile Glans treatments simultaneously to maintain as much of a proportioned look as possible.

In addition, it is also very time & cost effective when done together (see Fees, Specials & Financing).